This is probably the last installment I’ll do in this series, seeing as Jack turns two this month and will then be considered a regulation-sized toddler, but this second year has been one of transition and until recently he still seemed more like a baby than a toddler to me. I pride myself on being a smart shopper–I research and read reviews and agonize over what the best choice is before almost every purchase. The world of baby gear can be overwhelming, but I’ve found a few things that are really pretty great. If you’ve got younger ones be sure to read my recommendations for the first six months and 6-12 months. This list is much shorter than the previous two because toddlers (thankfully) don’t need nearly as much special equipment, though they do amass toys and books at an alarming rate. 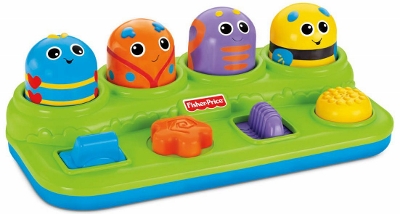 It took me what seemed like forever to find a pop-up toy that didn’t have lights and sounds. Simple, battery-free toys are getting harder and harder to find these days, but this one is great. It’s inexpensive, baby-powered, and one of Jack’s favorite toys. 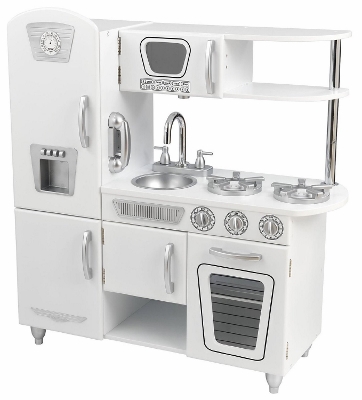 I got some serious side-eye from a lady in the grocery store when I told her that my son was getting a play kitchen for Christmas. The idea that boys should play with boys’ toys and girls should play with girls’ toys is a bit outdated, in my opinion, and I really wanted Jack to have a play kitchen. For big toys like this looks are important to me and this one is so beautiful it actually inspired me to make some improvements to my real kitchen. Jack plays with it every day, even six months after Christmas. His favorite thing to do lately is to put something in the “microwave,” stand back for a few seconds, and then take it out. 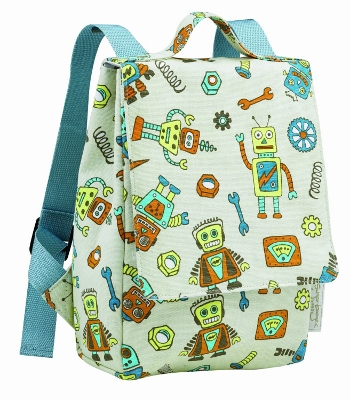 I got this backpack about a year ago when Jack briefly attended a Mother’s Day Out program, but it wasn’t until recently that I really came to appreciate its function. Now that he can walk really well I’ve outsourced the diaper bag responsibilities to him. I keep a diaper, some wipes, a few small toys, and maybe if I’m super organized a change of clothes in there and he wears it on his back when we go out. I’m not sure I would recommend this particular backpack because the straps are just a little wide for his shoulders, but it’s adorable and Athe idea of a baby backpack is solid. 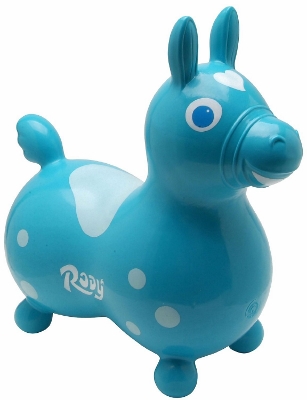 I read somewhere that these are popular with physical therapists because they help build muscle tone, and while at almost two Jack still struggles to balance on Rody’s back more muscular kids may have more luck. Even though he doesn’t “ride” him much, Jack loves Rody. He treats him like a pet, giving him hugs and kisses and sometimes even dragging him around the house. 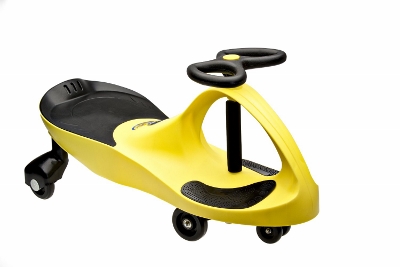 If you’re going to get a ride-on toy, you might as well get one that can hold over 200 pounds, am I right? Nick and I have definitely competed in timed trials riding this thing around the house after Jack is in bed. He’s had it since Christmas and is only just now figuring out how to use the steering wheel to propel it, but can get around just fine by pushing with his feet. Warning, though, it’s suggested for ages 3 and up. I carefully disregard those warnings if there aren’t any small parts I can see, but I didn’t assemble this one myself and should have taken a better look. You see that yellow circle in the center of the steering wheel? It’s about the size of a milk gallon cap and covers a metal bolt. Jack removed it once and nearly choked. Luckily Nick was nearby and was able to sweep it out with his finger, but it was scary. We kept the Plasmacar but the offending piece of plastic went into the trash. 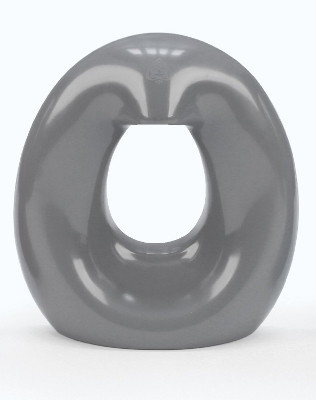 And last but not least, as we near Jack’s second birthday potty training has become a thing. This potty seat is easy to use and clean, inexpensive, and helps Jack feel secure and comfortable. If you prefer a stand-alone mini potty, I recommend the BabyBjorn Potty Chair** (we have one in our upstairs bath).

Overall as Jack gets older I find that he only needs the most basic stuff-balls, books, dolls, stacking toys, etc., as well as an endless supply of clothes. It seems like every shirt gets stained after just a few wears.

**Amazon affiliate link. If you make a purchase after following that link I will receive a small portion of the proceeds at no additional cost to you.