Archives / Charlotte@Living Well on the Cheap

After making a solo trip to Atlanta weekend before last, I felt so refreshed that I didnā€™t even mind packing back up to head out again this past weekend. This time Nick and I went together and it was fabulous. We spent Friday night at my parentsā€™ house in Slidell and then Saturday morning left Jack and Juliet behind to get spoiled by their grandparents. We drove east through Mississippi, then headed south and took a ferry from Dauphin Island across the mouth of Mobile Bay. Itā€™s a route that Iā€™d never taken before, and both Nick and I enjoyed the ferry. We were having so much fun that Nick took my picture. Donā€™t I look relaxed and happy? 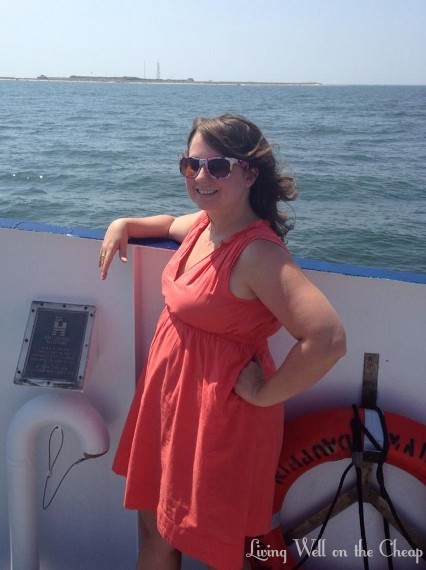 A few moments later, another passenger started feeding the seagulls cheese puffs. I thought it mildly inconsiderate, but Nick was much more concerned. “Letā€™s go get in the car,” he said. “These birds are about to start crapping everywhere.” I told him to stop worrying so much and just enjoy the rest of the ride. And literally, right that second, I looked up and saw bird poop flying at me in slow motion. Fortunately(?), it landed on my face and sunglasses, rather than in my hair or on my clothes, and I was able to clean it up pretty easily with some baby wipes I had in my purse. At least I was able to laugh about it!

The ferry deposited us in Fort Morgan, a rural stretch of coastline about 15 miles west of Gulf Shores. It was, in a word, amazing. There were no high rise condos, no traffic jams, no crowds. Iā€™m not sure I even saw a streetlight. There were two restaurants and a whole lot of adorable beach houses. 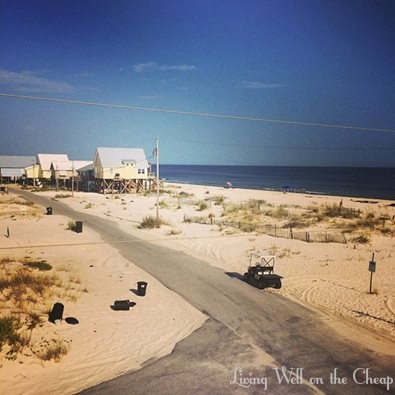 We were there to meet up with some of Nickā€™s friends from college who were staying there for the week. Theyā€™ve been doing fantasy football together for years and now that they all live in different states they meet in a central location for their annual draft. Itā€™s not exactly a kid-friendly event, hence the decision to leave Jack behind. We only stayed for one night and Iā€™m not sure we could have handled anything more. Those folks know how to party!

As much fun as I had visiting with old friends and pretending like I was 21 again, my absolute favorite part was the few hours in the afternoon during which everyone was drafting their teams. Iā€™m not in the league and have no interest in it whatsoever, so I took the opportunity to hang out on the beach by myself. Considering that the last time I was at the beach I had my two year old in tow this was pretty great. When I started to get burned, I moved to the shaded deck where I sat and read. I really enjoy spending time alone and I donā€™t get much of it these days so I savored every moment.

That night we stayed up entirely too late doing things weā€™re entirely too old to do, then the next morning Nick and I slept in til the leisurely hour of 8am, bid farewell to various people sleeping on various surfaces, and stopped at the local restaurant for a quick breakfast before hopping back on the ferry and beginning the slow transition back into reality. I never would have thought itā€™d be worth it to drive all the way to Alabama just for one night on the beach, but it so was!

This is one of two books that I listened to on my recent road trip, and it was so good that I kept listening at every available opportunity once I got home. It was my constant companion in the car, at the gym, and while doing housework. And when it was done I felt like my internal dialogue had become permanently afflicted with a British accent. 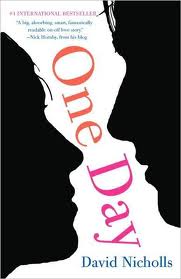 The accent wore off after a few hours, but the impression the story made on me didnā€™t. I was deeply moved by this detailed study of people and relationships and the passage of time. I donā€™t even want to talk much about it for fear of spoiling it. It was made into a movie, and Nick and I watched it on an Amazon rental Sunday night, but it wasnā€™t nearly as good. I enjoyed it because Iā€™d read the book but Nick fell asleep. Iā€™m not sure that film as a format is really capable of capturing the depth of this story-the book is nearly 500 pages and covers a period of twenty years. Maybe a miniseries wouldā€™ve been better. And also it was labeled as a romantic comedy but Iā€™d call that entirely inaccurate. Thereā€™s romance and there are laughs but a rom-com it is not. Anyway, if you are into character-driven novels, this one is for you.

PS my Chloe + Isabel pop-up shop is open until tomorrow! You know you want some.

**Amazon affiliate link. If you make a purchase after following that link I will receive a small portion of the proceeds at no additional cost to you.

In Sickness and in Health

Jack has been sick all this week, maybe the sickest Iā€™ve ever seen him. Heā€™s got strep throat but is also really congested in his chest. Every time he coughs he turns to look at me for reassurance. 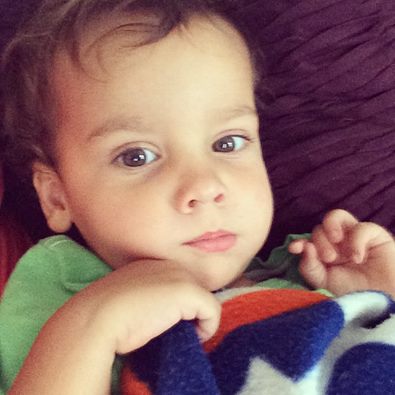 Weā€™ve been spending almost all of our time snuggled on the sofa watching Sesame Street. I am loving all the cuddles but ready for my sweet boy to start feeling better! The good news is that after a rather restless night spent in our bed last night he does seem to be getting back to his old self. The cough is lingering, but heā€™s not nearly so pitiful.

Itā€™s hard for me to spend three full days sitting still-if I have to watch one more episode of Sesame Street I may die of boredom. Iā€™ve got a whole list of projects to tackle and errands to run. Fingers crossed that we can get back to normal today!

Iā€™ve always really enjoyed jewelry. I donā€™t wear much of it, but the perfect item can make a huge difference in how I look and feel. Iā€™ve noticed that as Iā€™ve gotten older Iā€™ve become less and less beholden to fashion trends and more drawn to classic items that will hopefully stand the test of time, even if only in photographs. And when I can afford it, I do love to invest in pieces that will last for decades.

Since I canā€™t spend every Sunday combing through estate sales looking for that perfect vintage bracelet, I was thrilled by the concept behind Chloe + Isabel. Their brand marries the sensibilities of two best friends. Chloe is the fashionista, ever eager to embrace the newest trend, and Isabel prefers a more classic, timeless look. Their collections offer a variety of beautiful pieces to suit either personality as well as those of us who sit somewhere inbetween.

While the classic meets modern styling definitely drew me in, what really won me over to Chloe + Isabel was the pricing and quality. There are a ton of options under $30 (but plenty of more expensive items if youā€™re wanting to invest, like this necklace that I would kill for) and everything comes with a lifetime guaranty. 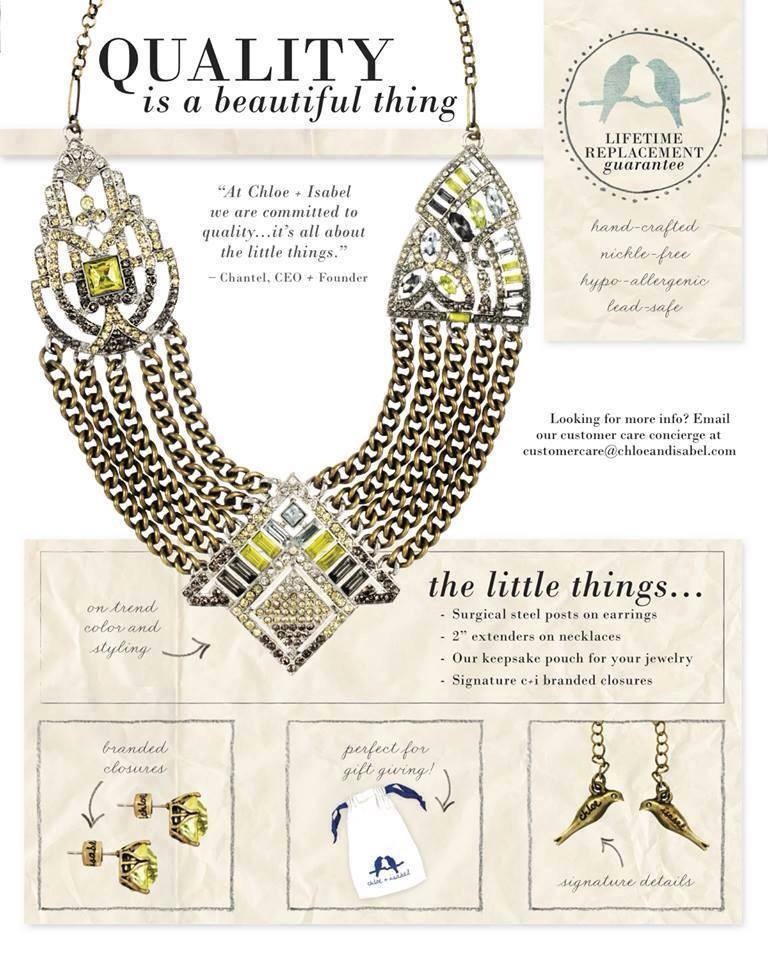 My friend Morgan is a Chloe + Isabel merchandiser paying her way through culinary school. When she asked if Iā€™d like to host a pop-up shop I was totally on board. I figured that most of my readers are women and most of you are frugal and you obviously have excellent taste so it seemed perfect! And thereā€™s something in it for you: every order over $100 will receive a free pair of studs.Ā Check out Morganā€™s boutique here. The new Fall 2014 Botanica Collections launched yesterday. Happy shopping!

(Note: This is not a sponsored post, though I will earn jewelry credits if yā€™all buy stuff. Maybe I can get that fancy necklace after all!)