Jack turned two years old this weekend. Can you believe it? 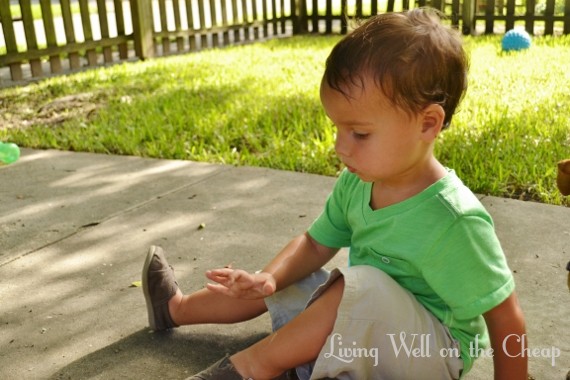 We celebrated with a small party on Saturday and saved Sunday for just the three of us. We gave him a gift and had brunch at a place that has a live band. Jack loved it. They even put a giant sombrero on his head and sang to him. Yesterday afternoon I tried to snap some photos of him to document the milestone. HeÂ was way more interested in playing than posing but I still got a few good ones. 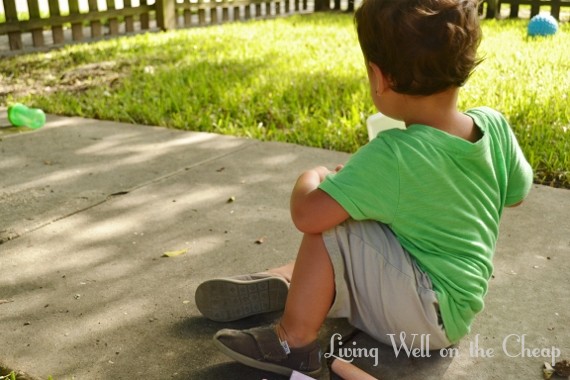 He regularly gets compliments on his eyes. Theyâ€™re definitely Nickâ€™s. 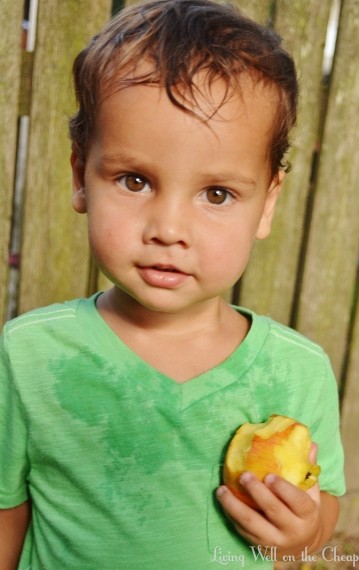 This kid is obsessed with apples-he could eat several a day. He also really enjoys milk, cheese, and anything sweet. 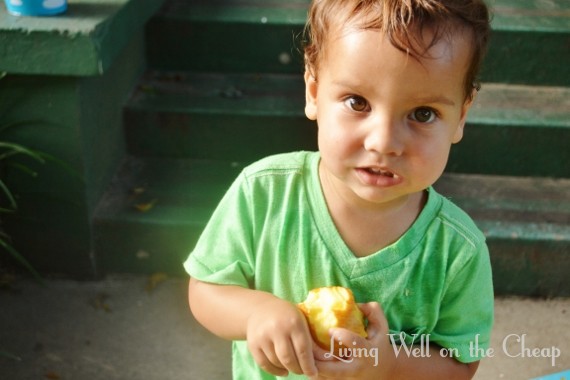 His favorite things are books, swimming, Elmo, and Let It Go, as well as playing outside, animals, music of all kinds, and cuddling. He impresses me every day. Itâ€™s easy to fall into the trap of comparing him to other children, especially in this age of social media. I want to document the things heâ€™s doing for my own reminiscence, but I donâ€™t want to brag. So often when I see a friend post on Facebook about the cutest thing her toddler just said I catch myself wondering whether her child is more advanced than mine. Itâ€™s ridiculous-theyâ€™re two! So, with the caveat that each child develops at his or her own pace, here are a few things Jack has started doing that Iâ€™d like to remember: singing his ABCâ€™s (mostly just the same few letters over and over again to the tune of the song); counting, though often out of order; naming the colors yellow and blue; naming familiar people and pets; running, which is kind of a big deal seeing as he didnâ€™t walk until 19 months; testing limits and boundaries; naming body parts; and this isnâ€™t new, but he gives lots of huge and cuddles. Heâ€™s a very sweet boy and we just love him to pieces.

3 responses to Jack is Two