I have never, never loved the cabinet knobs and drawer pulls in our kitchen. When I finally decided to replace them I was overwhelmed by all the options out there, but it didn’t take long for me to narrow it down. I posted earlier this week about a couple of the options I considered.

So which did I pick? The polished nickel! 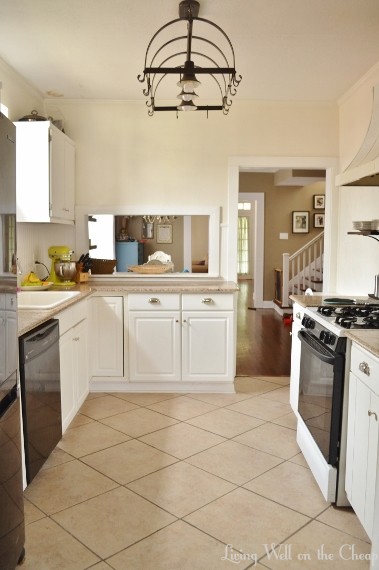 It looks so much better and is so much more “me” than the old hardware, seen below. 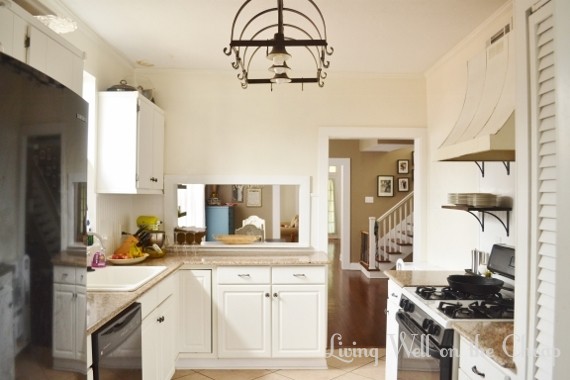 They arrived Tuesday evening and I got right to installing them that night, then took these photos yesterday afternoon. 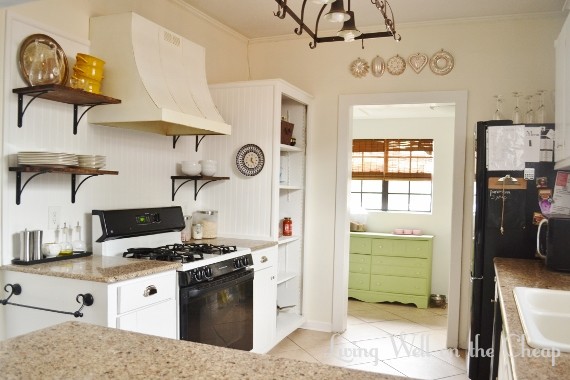 Since I ordered them online one thing that surprised me when they arrived was that the knobs were smaller than I thought they’d be. But once I had them all installed I decided that although they were smaller than our old knobs I didn’t they they were so small that they looked wrong or out of place. 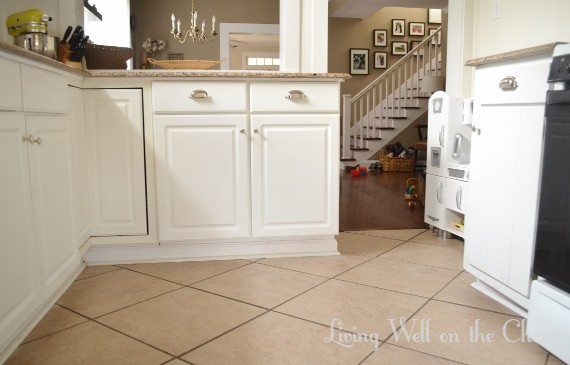 One thing that was more apparent with the smaller knobs, however, is just how crooked this cabinet door under our sink really is.

I took a look under there and saw that there were actually already holes drilled into the frame to hang it a bit higher, so I moved it up a smidge and all was right with the world. I’m not sure why somebody drilled two sets of holes and then installed it at the wrong height, but it was such an easy fix that I wish I’d taken the time to investigate sooner. Of course then the childproof latch was at the wrong height to keep ‘ol Jack out of the drain cleaner, so I had to adjust it but the whole endeavor still took fewer than ten minutes. 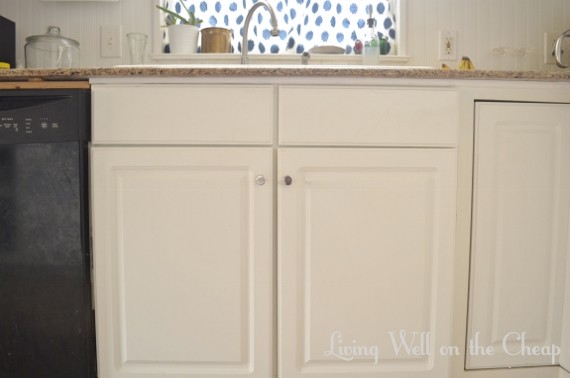 Since I’m not in the habit of sitting on the kitchen floor I’d never noticed that unpainted piece of wood above the dishwasher, either. I think I might be tackling it next time I’ve got my white paint out. But back to the hardware: I’m not sure what led me to pick the polished nickel, especially since I was originally envisioning black to match the shelf brackets and appliances. Those shiny Martha Stewart bin pulls just called to me! I needed five drawer pulls and thirteen cabinet knobs (including two for the pantry doors that I’m still working on) so the total with free shipping was about $67. It’s not pocket change, but it’s not a massive expense either. And since I was careful to be sure the new drawer pulls would line up with the existing holes it was easy for me to switch them out with nothing but a screwdriver and a bit of patience. Now once I get my new doors on the pantry the aesthetic aspect of this kitchen project will be nearly complete!