Happy Halloween, my friends! We’re hosting a playdate today to give the littles a chance to show off their costumes (or lack thereof) and give the mamas an excuse to socialize. I have a small project to share with you tomorrow, but in honor of Throwback Thursday I thought I’d let you in on some things you might not know about me (including a more modern fact or two). Without further adieu:

1. I went to public school. In Louisiana. The schools are actually pretty decent in St. Tammany parish but I’m still claiming street cred.

2. I was on a bowling team when I was a kid. My parents were on a bowling league so I joined a kids’ one. Too bad I couldn’t follow in their footsteps again when they abandoned bowling for darts (something about kids not being allowed in bars???) 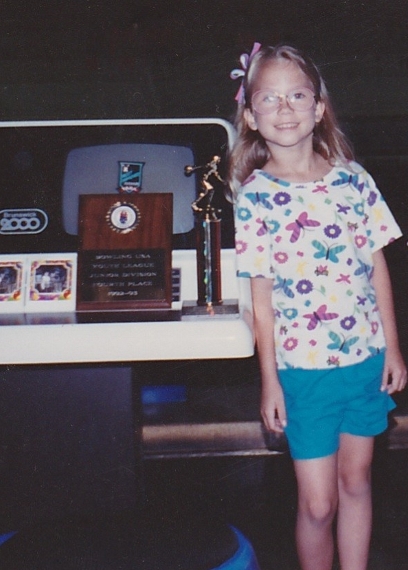 3. My first car was a seafoam green 1993 Geo Storm. I totaled it within a year. Judging by the photo below I was so excited that I drove it across town to my grandparents’ house with the bow still on top! PS it was a stick shift. My dad thinks everyone should know how to drive one. 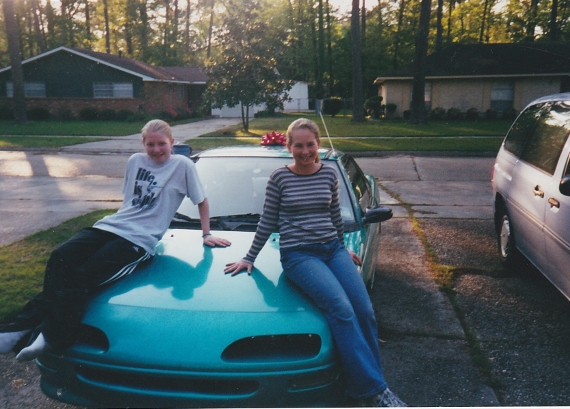 4. With a few exceptions (first semester of college, the first few months after Jack was born) I have had a job since I was 15. My first job was at a reception hall, then from 16-18 I worked at Sonic. My parents bought my car for me but I paid for my own gas, car insurance, cell phone, etc. I was a baller back when those were my only bills!

5. I used to have a serious lead foot. I got pulled over six times my first year on the road but didn’t actually get a ticket until my sixth time. I’ve also gotten a ticket in every parish between my hometown and Baton Rouge. But I’m proud to say that I’m reformed and have not gotten a ticket in over eight years!

6. I was in a fraternity. A coed honor fraternity, that is! Nick was in a real fraternity. It was like Animal House come to life (no offense TKEs!)

7. I used to smoke. I didn’t start until I was 20 (a rough breakup drove me to it) but I quit at 25. I still miss it sometimes, especially when I drink, but it was so hard to quit that I’ll never pick it back up again.

8. I type with only my two index fingers-at about 65 words per minute!

9. I eat almost anything, but I don’t like bell peppers, pepperoni, or pretzels.

10. I didn’t fly on a plane until I was 22! My parents are pretty thrifty and always insisted we drive on vacations or to visit family. But after college my friend Lauren moved to Atlanta so I flew to visit her! Atlanta is only about 8 hours by car but it’s soooo much faster to fly.

So, any surprises? People are always shocked to hear that I used to smoke. I guess I just don’t look like “the type.” But honestly a lot of people in my family smoke so I’m kind of surprised I didn’t pick it up sooner. I ran with a pretty well-behaved crowd in high school that would have totally peer-shamed me if I’d tried to smoke around them. And I think it’s weird that I eat such a wide range of foods but don’t like pretzels or pepperoni, which it seems like everyone else loves.

8 responses to Ten Things You Might Not Know About Me