After Jack turned one I decided that photographing him every month might be a little bit of overkill-even I think he looks pretty much the same from one month to the next these days-but I still wanted to take some not-on-my-phone photos at least a couple times a year. I think every three months is a nice middle ground. 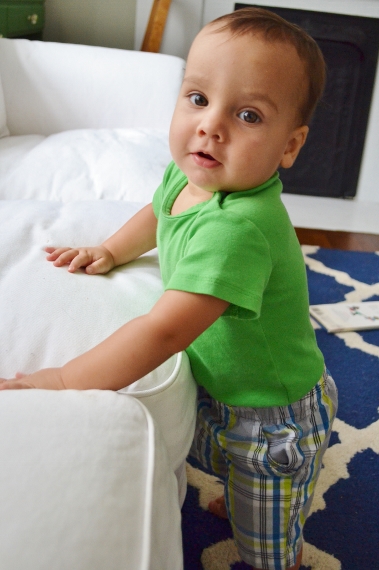 This kid is not as easy to photograph as he used to be! He has no interest in sitting still and when I do catch him looking up Iâ€™ve got mere seconds before he makes a grab for this interesting contraption Iâ€™m holding up to my face. No time to elicit a smile!

Heâ€™s trying to learn how to get up into the child-size chairs on his own. Iâ€™ve got my old laptop set up on the play table and he likes to sit there and pretend that heâ€™s typing-just like mama. On numerous occasions Iâ€™ve turned around to catch him standing on the chair and looking out the window. Iâ€™m not sure whether to applaud or scold him. Iâ€™m leaning toward applause. 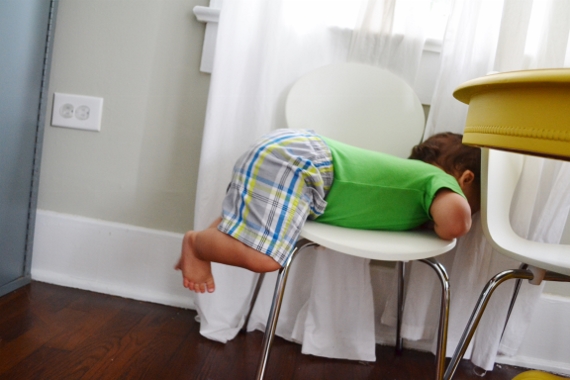 His interests these days include: toilets, anything that can be reimagined as a phone, being carried around, cuddling, sleeping, and, as always, eating. He still takes two naps (knock on wood that that lasts FOREVER because mama likes to write in the mornings), breastfeeds twice a day (first thing in the morning and right before bed, though I think he may give it up completely soon), and says four words: mama, daddy, dog, and hey. As I mentioned recently, he still doesnâ€™t walk, and Iâ€™m completely okay with that. Weâ€™re going in for his checkup this afternoon and hopefully the pediatrician doesnâ€™t make a big deal out of it either. His legs and hips seem to be working just fine, he just needs to work on his balance I guess. 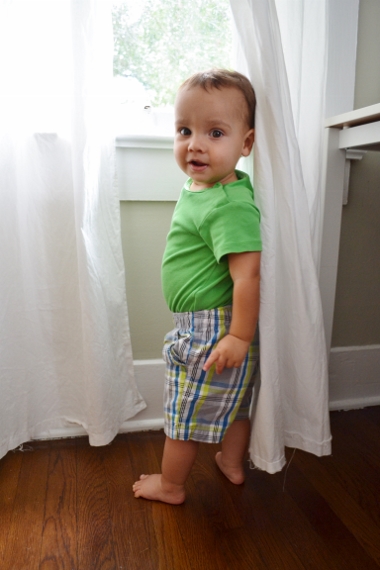 I hope this week is treating you well! Thanks, as always, for reading and have a fabulous Wednesday!