How to Get Pets into Family Photos

It’s that time of year. Folks are starting to think about their family photos for the holiday season. If you’re like me you don’t actually get around to it until December, but if you’re planning on having photos taken sooner then props to you. I know not everyone does holiday photos, but for some reason Nick and I started taking them years ago (even if it was just a friend snapping a pic with an iPhone) and I love that it’s become a tradition for us. After we sent out last year’s photo we got lots of compliments on how impressive it was to get all of our pets in there together. If you have any experience with cats you know that they are not exactly obedient creatures. 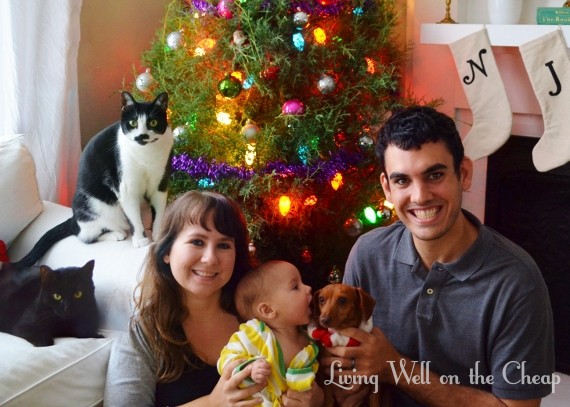 My secret: they’re photoshopped. I don’t actually own photoshop and have no idea how to use it, so I’m just using “photoshopped” as a verb there to describe what I did with the photo editing software that came with my laptop (Windows Live Photo Gallery). After many, many “blooper” shots trying to get all three humans and three pets into one photo, we gave up and took one with just us and Juliet. 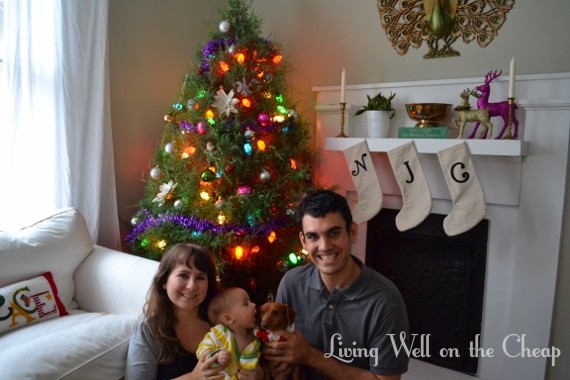 I left my tripod in the same spot, spent a few minutes soothing Pistachio from the trauma of the botched photo shoot, and then perched her on the arm of the couch and ran and snapped a picture before she could move. 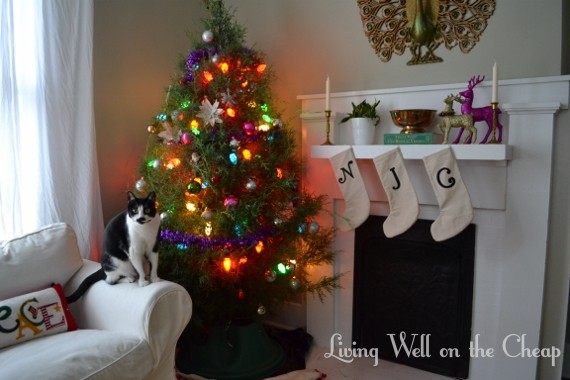 Then I repeated with Sheila. You can see by her tail that she was still a little bitter over the whole experience., but I called it good enough. 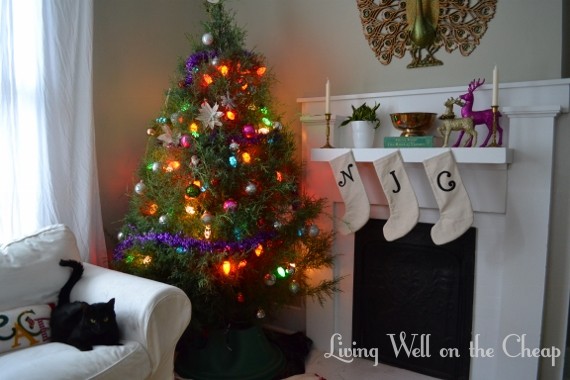 Here’s where the magic happens. I went on my computer and picked out the best photos, then opened Windows Live Photo Gallery and selected the two cat pictures (I recreated the process and took screen shots to show y’all for this post), then clicked “photo fuse” near the too left of the screen. You can see my mouse over it in the screenshot below. 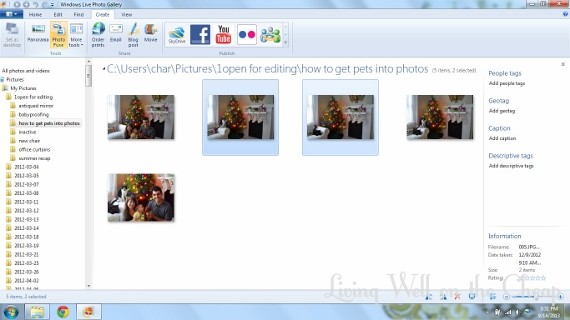 It pulled up the picture of Pistachio as the main image. Then all I had to do was select the blank space where I knew Sheila was hiding in the other photo, and it asked me which one I liked best. I chose Sheila. 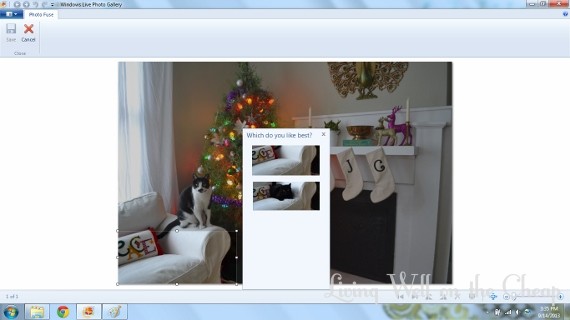 Bam. Two cats, one photo. And Sheila’s angry tail disappeared in the process. 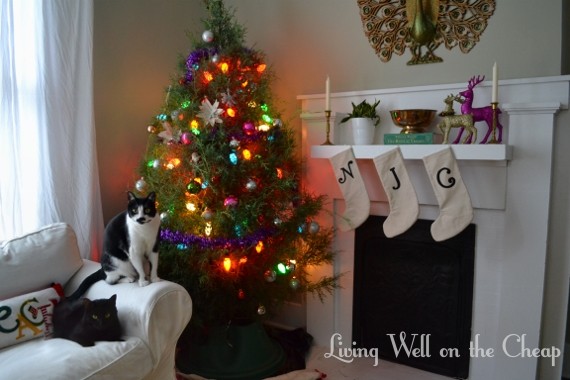 I saved that photo, then fused it with the picture of me, Nick, and Jack. I brought the cats in one at a time by drawing a rectangle around where they sat. It was just luck that Pistachio didn’t mess up my hair, since they overlapped a bit. 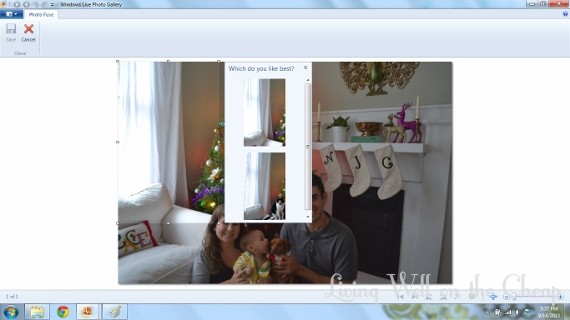 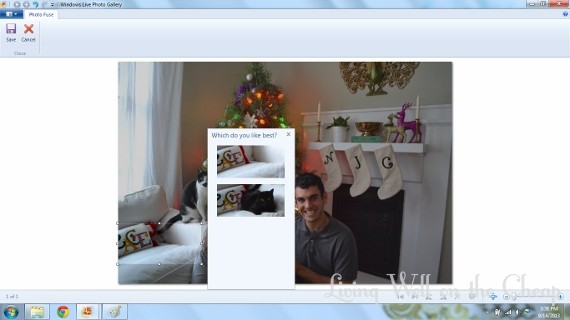 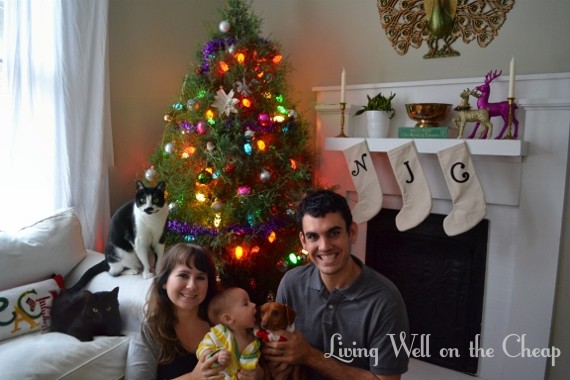 The letters on the pillow behind Sheila were a little messy from all that editing, so I cropped it before adjusting the lighting and colors a bit. If you look closely you can see that the curtain behind/above Pistachio is messed up a bit, but I don’t think anyone would notice unless they were looking for it.

So there ya go! An easy tip to get unruly pets or children into photos with software that I think comes standard on Windows computers these days. I hope y’all each had a lovely weekend. We are back from Austin and ready to get back into the swing of things. Well, I am, at least. Poor Nick was a little bummed about having to go back to work after an entire week off. He and Jack enjoyed spending so much time together. I know he’ll be counting down the days until next weekend!

2 responses to How to Get Pets into Family Photos